Cactus is a family of perennial flowering plants of Caryophyllales. Usual habitat of these plants is the desert, because due to the long roots and thick stems cacti are able to tolerate drought. This plant is also well known to lovers of green sills - cactuses are grown as ornamental plants. 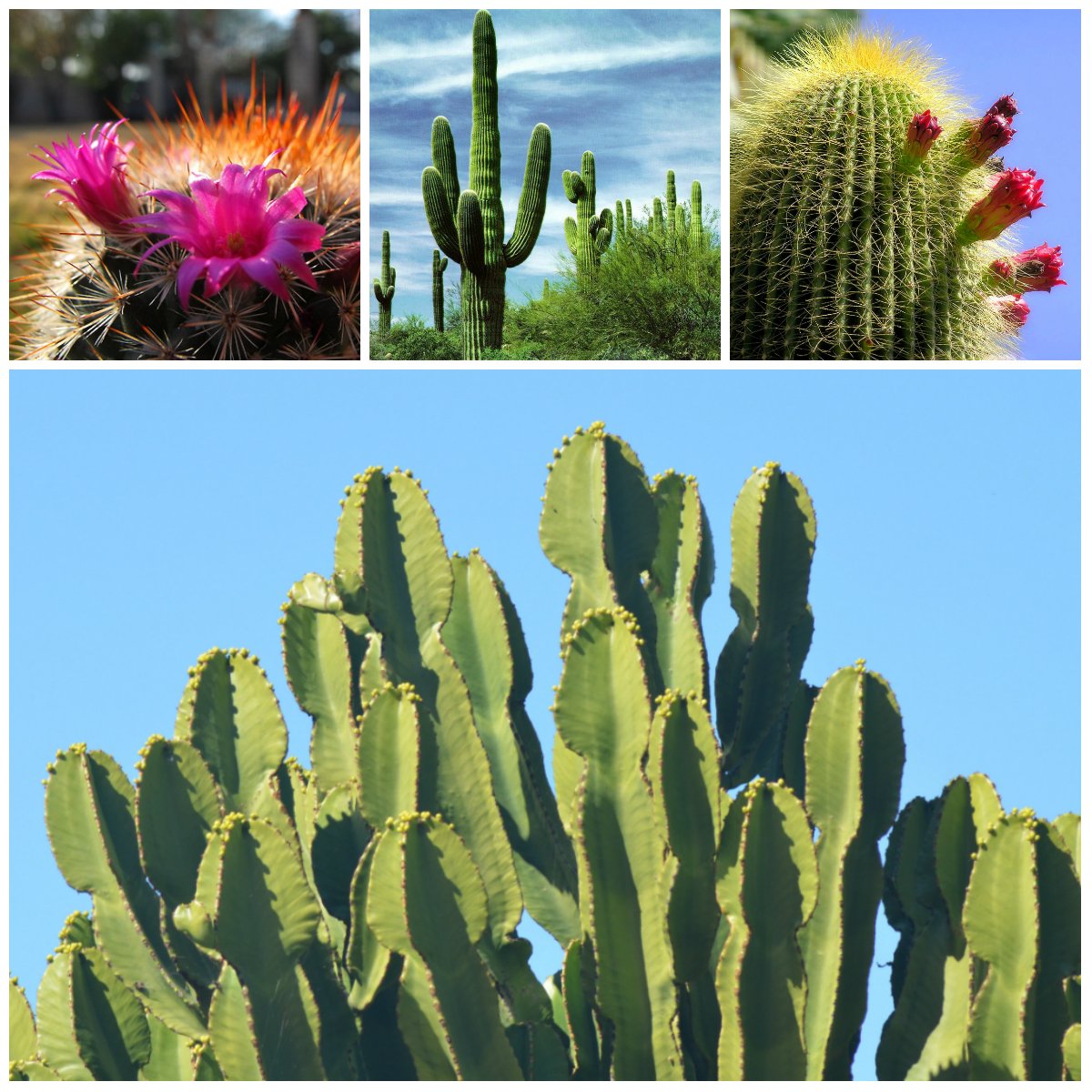 The name "Cactus" appeared thanks to the Swedish scientist Carl Linnaeus, naturalist, who entered this  name in 1737. The word comes from the Greek κάκτος, which represents one of the types of thistles This plant was brought to Europe by Christopher Columbus, its birthplace is considered to be South and North America. Today there are more than two thousand species of cacti, it is one of the most popular and well-known plants. Everyone knows what it looks like and how unpretentious for cultivation in the apartment it is. We would like to tell you some interesting facts about this plant.

Cacti can be different ...

1. The smallest cactus is Blossfeld, which grow only 1-3 cm. They grow in Bolivia and Argentina. But even they have well-developed root system that goes deep into the ground. The largest plant of this kind is California Cereus. Its height is 20 meters, while the stems contain up to 2 tons of fresh water. Huge cereus broke records even among own kind, it reached a height of 24 meters on the 150th year of its life.

2. Flowers cacti are also of great interest. Despite the common misconception that the cactus blooms only 1 time and die, the plant blooms every summer under normal conditions. Its flowers are red, white, purple, pink and yellow , some of them bloom for several days, while others fade during the day. For some species a convenient time for the disclosure of flowers is dawn, but for others the sunset. Recently a record number of flowers on a cactus was registered: it dissolved 690 flowers at the same time.

3. To say that the heat cactus survives drought better than other plants is to say almost nothing. Its normal habitat is considered to be 60-degree temperature. But it, like other plants, needs rest to prepare for the next flowering period. At this time a cactus needs minimum  light and temperature not more than 10 degrees.

4. Several types of cactus plants belong to predators: they eat small insects. To attract midges, the plant has bright flowers and a specific "meat" smell.

5. There is a scientifically proven fact that dogs are afraid of cactuses. Therefore, since ancient times a hedge of cacti was considered to be a reliable protection from coyotes. This fact was once discovered and made extensive use of by the settlers of the Wild West.

6. Many cactus species are edible. For example, "prickly pear"  of Opuntia phaeacantha species can be eaten, as well as Peruvian cactus fruit called "cactus apple" which thorns are missing. Delicious syrup turns out to be made from cactuses. They are also used in the creation of sweets, and in Mexico one of the favorite treats is candied slices of cactus.

Last updated: 2014-12-22
Section: Articles
Do you like this article? Tell your friends:
Author: ua-flowers.com
Read also
All articles
To top