In the fourth Thursday of November in the United States celebrate Thanksgiving Day (Thanksgiving Day). This is one of the most popular festivals in the country. On this day all people who have gone through difficult situations thank God for the favor he showed them, and for not leaving them without help in hard times. And for Americans this is purely a family holiday, which gathers distant relatives, who while sitting at one big table say their thanks. 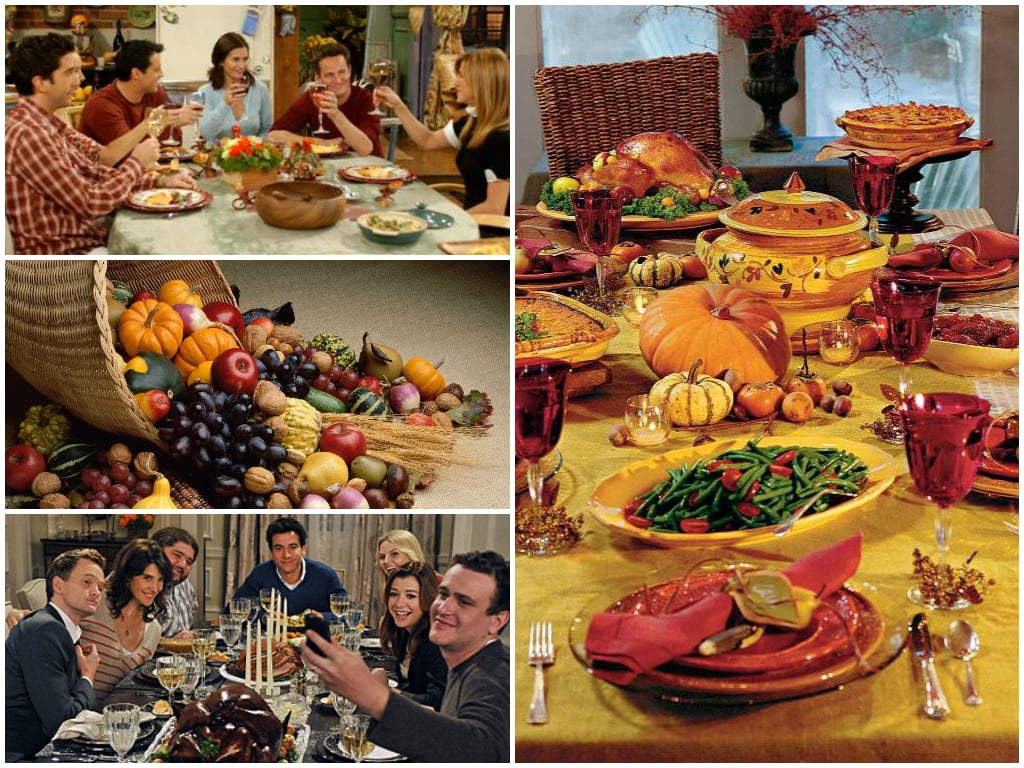 The roots of this holiday go back to American history, to the very first settlers from England, who came to the shores of America in 1620 on the now famous ship "Mayflower." They landed after a hard voyage on a stormy ocean in the current Massachusetts chilly November afternoon and founded Plymouth Colony.

Thanksgiving Day was first celebrated in 1621 by English colonists who lived in Plymouth Colony. Previous winter was very severe and upcoming winter also promised little good to the new colonists. Then Governor William Bradford decided to raise the spirits of his subordinates and organized the first Thanksgiving. The holiday was celebrated together by the British colonists and their Indian neighbors who helped the Plymouth colony survive in the first hungry winter.

Thanksgiving is associated with a number of traditions that Americans hold sacred and honored. All family members must go to church and after the service to meet the holiday table. 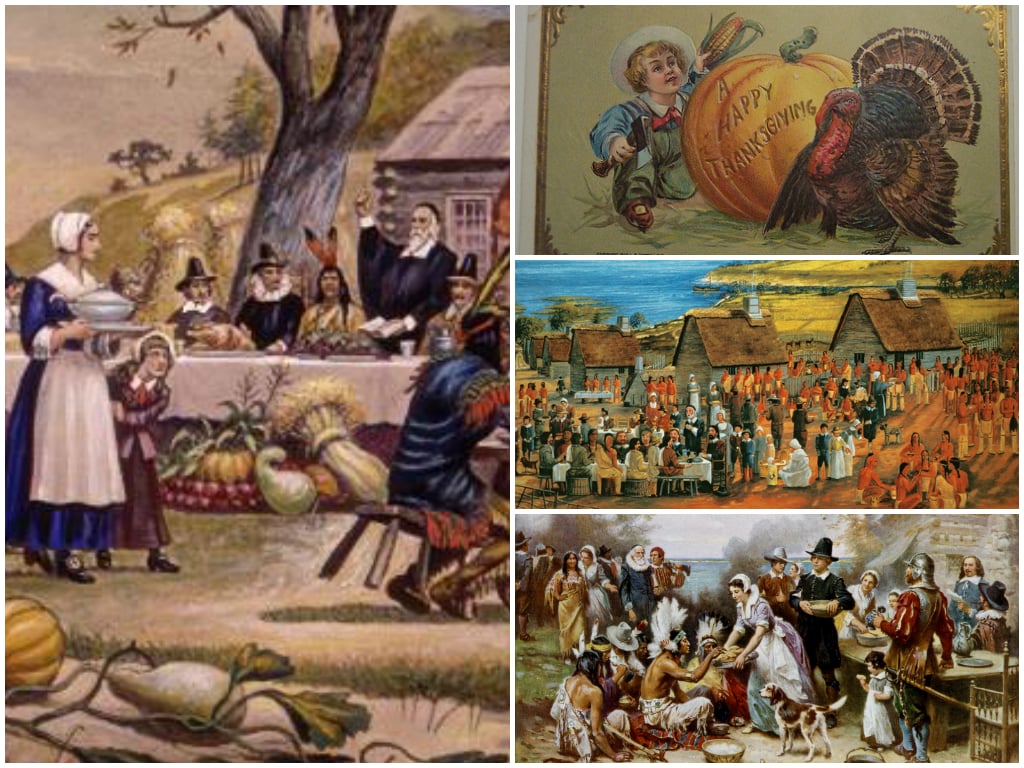 After the proclamation of independence and the emergence of a single country, first US president George. Washington suggested the Thanksgiving Day as a national holiday. It was offered to celebrate it annually on November 26.

In 1941 the US Congress passed a bill under which Thanksgiving Day should be celebrated on the fourth Thursday of November. December 26, 1941, Roosevelt signed the bill, thereby setting performances to date scheme.

To this day a festive dinner on Thanksgiving Day almost always includes something of the foods served at the first festive feast: roast turkey, cranberry sauce, potatoes, pumpkin pie. Before starting a meal, whether it is in the bosom of the family or among friends, it is accepted to uplift gratitude for these gifts, including for pleasure of a meeting on the occasion of a holiday.

On the eve of Thanksgiving Day charity blooms: Americans are trying to feed and somehow please their neighbors who have been unlucky in life. Even on the subway stations special tables are installed on which everyone can put their donations, including food. 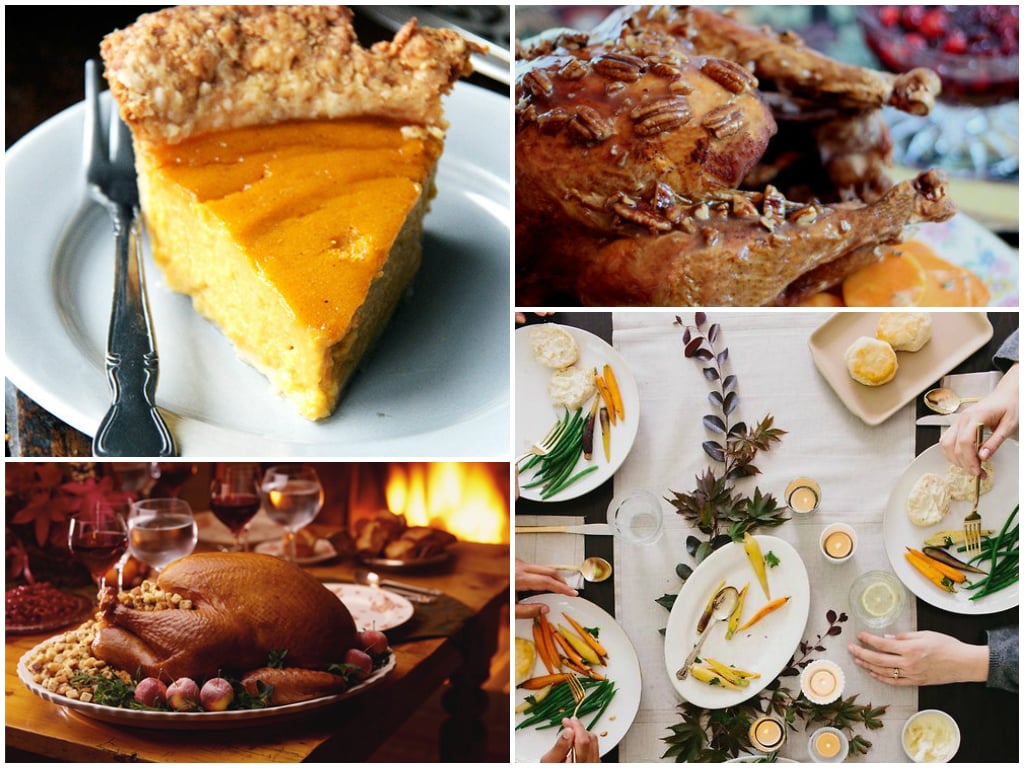 The second most important attribute of Thanksgiving is turkey. At the first festival of the colonists and the Indians four turkeys shot down in a nearby forest were roasted and eaten together. Since then, turkey and Thanksgiving Day became synonymous, especially poultry farmers fatten turkeys up to this holiday.

The third attribute of the holiday are parades (mostly costumed in the garb of a 17th-century costumes Indians) and fun.

On the day following the Thanksgiving comes Black Friday, it is the day when the Christmas sales in stores and on the Internet begin. If you missed tha big sale and have no idea what to present to your loved ones, don't panic. We offer you a wide range of bouquets to suit all tastes!

Last updated: 2014-11-25
Section: Articles
Do you like this article? Tell your friends:
Author: ua-flowers.com
Read also
All articles
To top