For hundreds of years the mysterious labyrinths inspire and captivate people. They are one of the most ancient human creations in which you can feel the power and majesty of nature. On the origin of labyrinths there are many conjectures and legends that fascinate and attract people. Natural human-made mazes are real masterpieces, as well as floristry and art in general. They can be called vegetative puzzles because of they truly may overshadow the mind and consciousness. 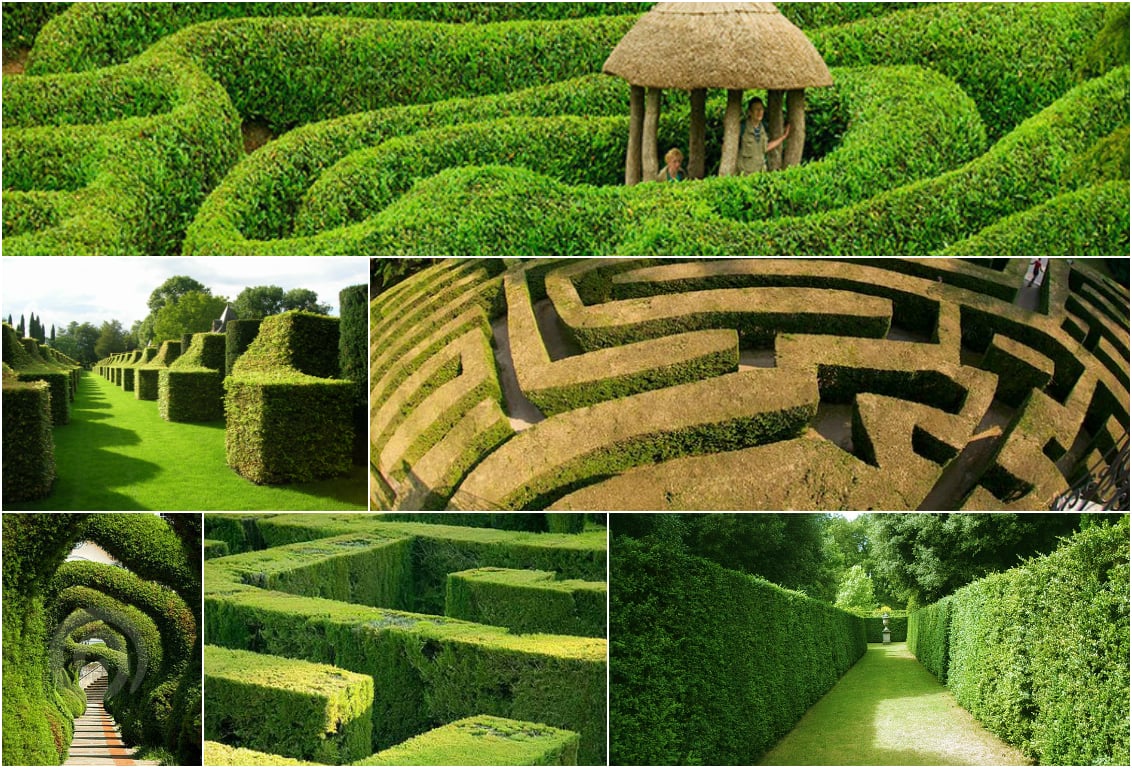 A little bit of history

The earliest labyrinths as an element of landscape art appeared in Celtic pagan culture, and then hit the modern Germany, Ireland, Great Britain and Scandinavia. Labyrinths had looked like the installation of earth and stones before and had been a symbol of the life path of a person who was required to reach the central point of the puzzle. So people had thought if a person came to the "heart" of the maze, he reaches the maximum concentration of a living spiritual energy. Labyrinths were a model of the universe for the ancient people, which had yet another name - repository of time. In such labyrinths had been often conducted religious rites, rituals of healing. 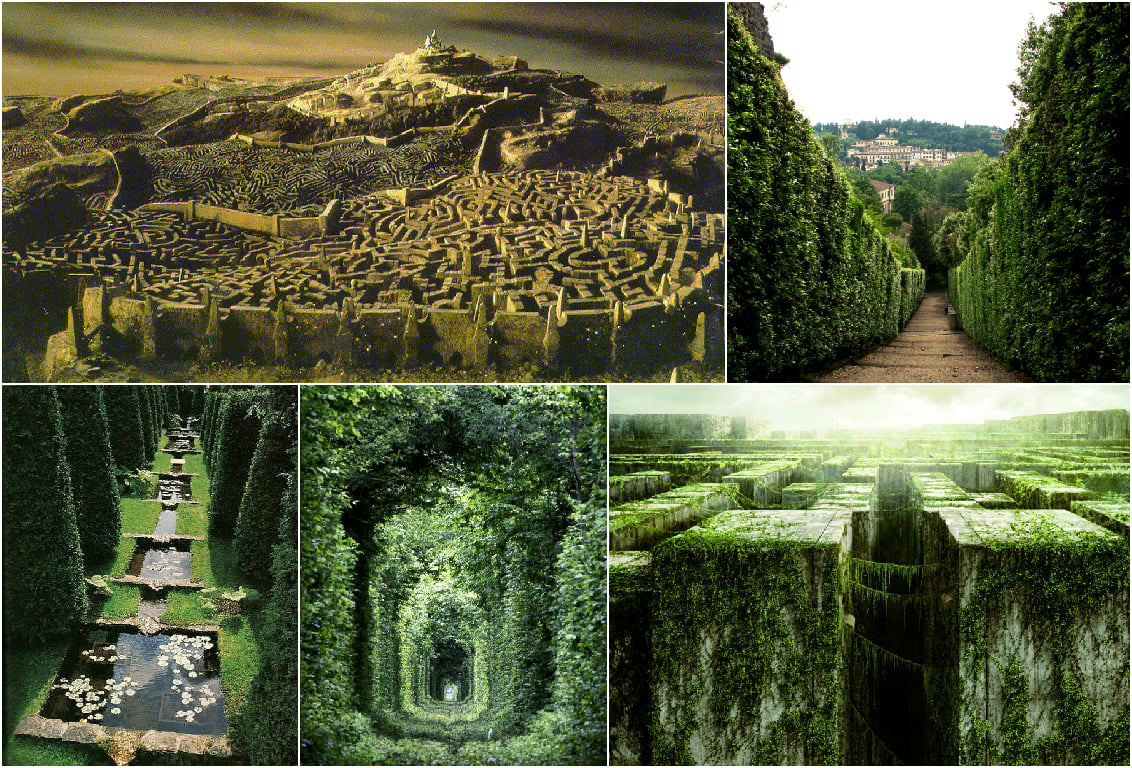 We offer you to explore the unusual natural labyrinths that are hiding in different parts of the world.

This maze of hedges is situated in just 30 kilometers from Venice in the town of Stra and was built in the 18th century on the Villa Pisani`s territories. Maze seemingly is not very big, but its complex structure is fascinating. Locals say that in 1807 Napoleon had got lost there when he had been strolling along the mysterious paths. The height of the fence is more than two meters, and there is a small tower in the center of the maze, where you can see the ancient goddess of wisdom Minerva`s statue. The mysterious labyrinth is available to visit any time of the year. But at a certain time in the fall and in the spring it`s put in order. Green maze attracts with some mysterious force. Therefore, if you decide to see its perfection with your own eyes - be careful, because who knows what secrets Minerva keeps... 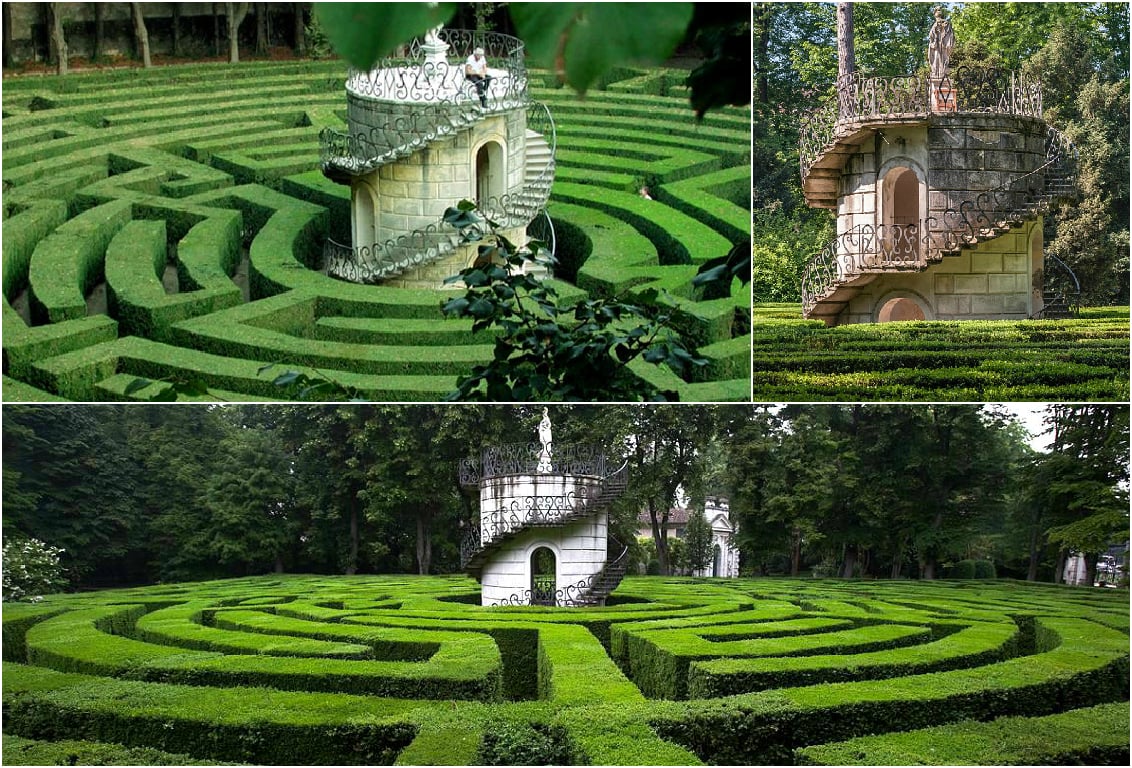 You may also like to read: Garden on the roof: paradise for the urban dweller

This green maze is considered the largest in the world. Its peculiarity and mystery is in the fact that every year it is difficult structure looks quite differently. Even if someone remembers well the plan of maze and will visit it in the next year, then, believe us, to find a way will be as exciting as at the first time. An interesting and fun fact: each visitor will be awarded a diploma, if a person comes out intricate maze by himself. View from above at the maze is mesmerizing with its beauty and intricate structure. 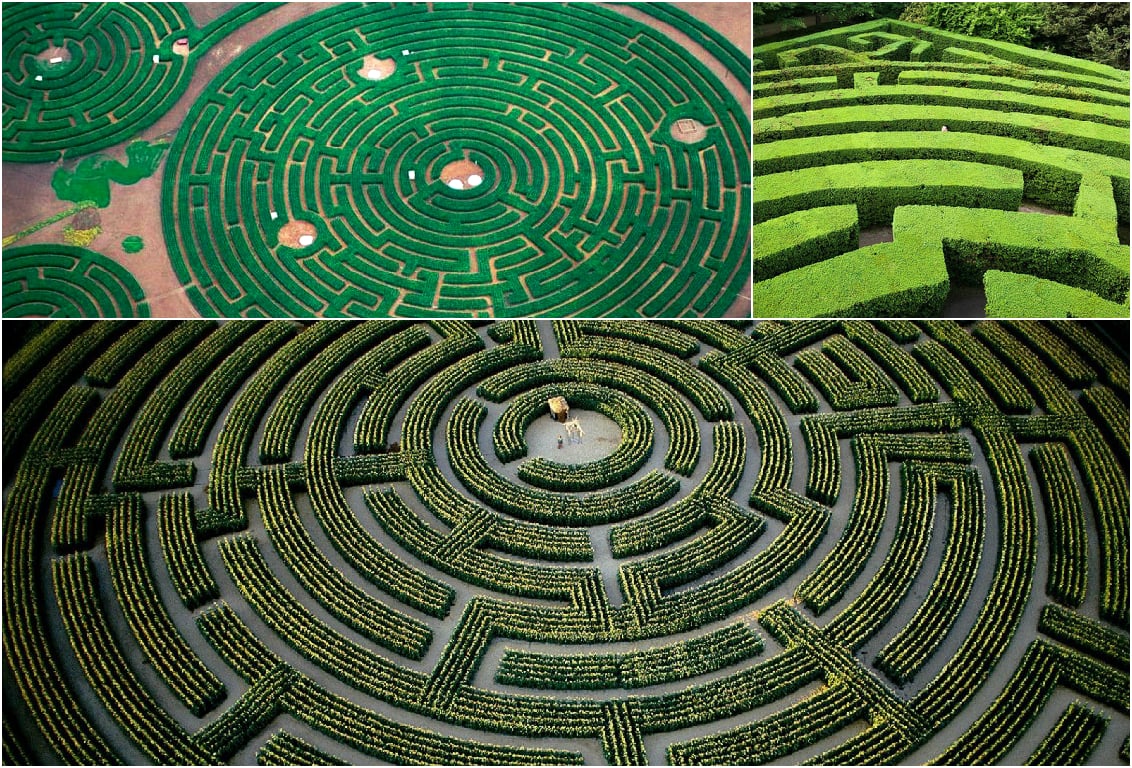 This maze is the longest in existence on the planet - the length is 2800 meters! 16 thousand English yews had served as a hedgerow. Many tourists come to see the Longleat estate and walk to the observation tower in the center of the maze every year. Unlike other vegetative puzzles this maze has 6 small wooden bridges from which you can see the tower and consider the future route to the goal. Complicated maze Longleat appeared on the place of a green park in the 18th century thanks to the famous landscape architect Greg Bright. 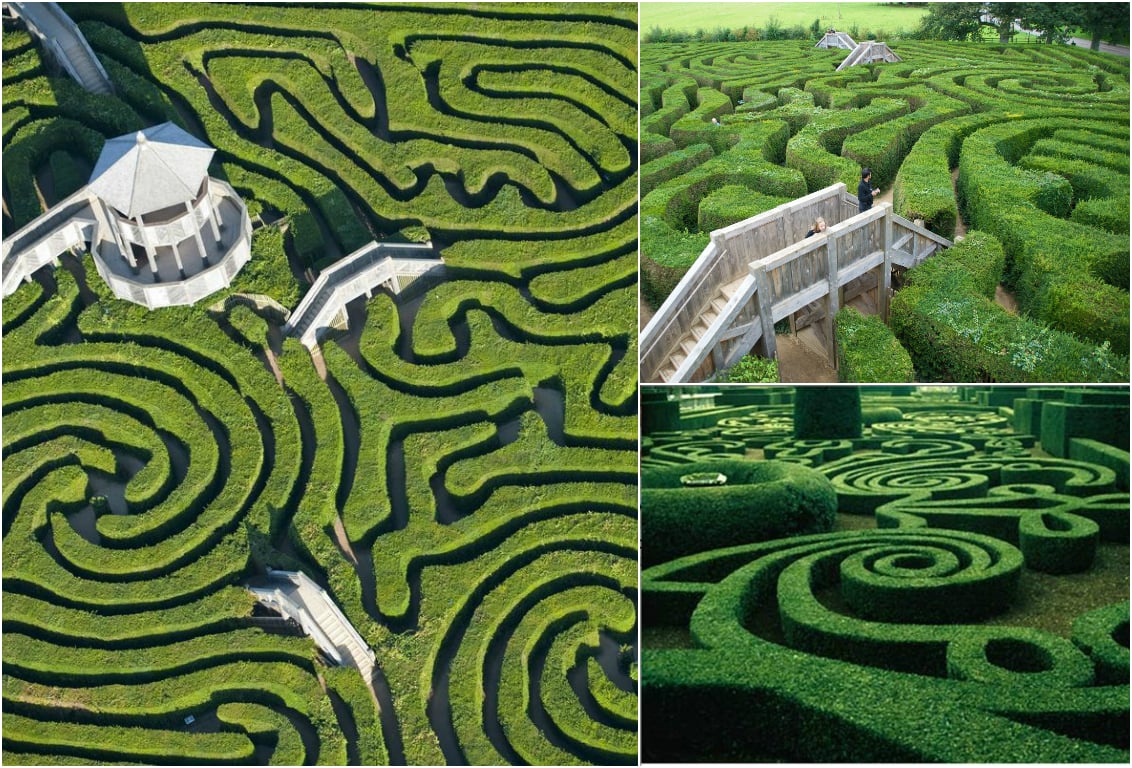 This interesting maze is the work of well-known company Dole, which has established a green building on their plantations of Oahu Island. The maze is made of 14 thousand exotic Hawaiian plants that amaze tourists with riot of colors in the flowering period. An aerial view you can see that the center of the maze is shaped like a pineapple. There are even fascinating contests spent for visitors – with a purchased ticket you will get the plan of the maze with 8 points. Walking through the maze of paths, you must find the 8 booths and mark them in the appropriate boxes schemes. But the one who first reaches the center of the maze will be served with fresh juice and pineapple`s ice cream. 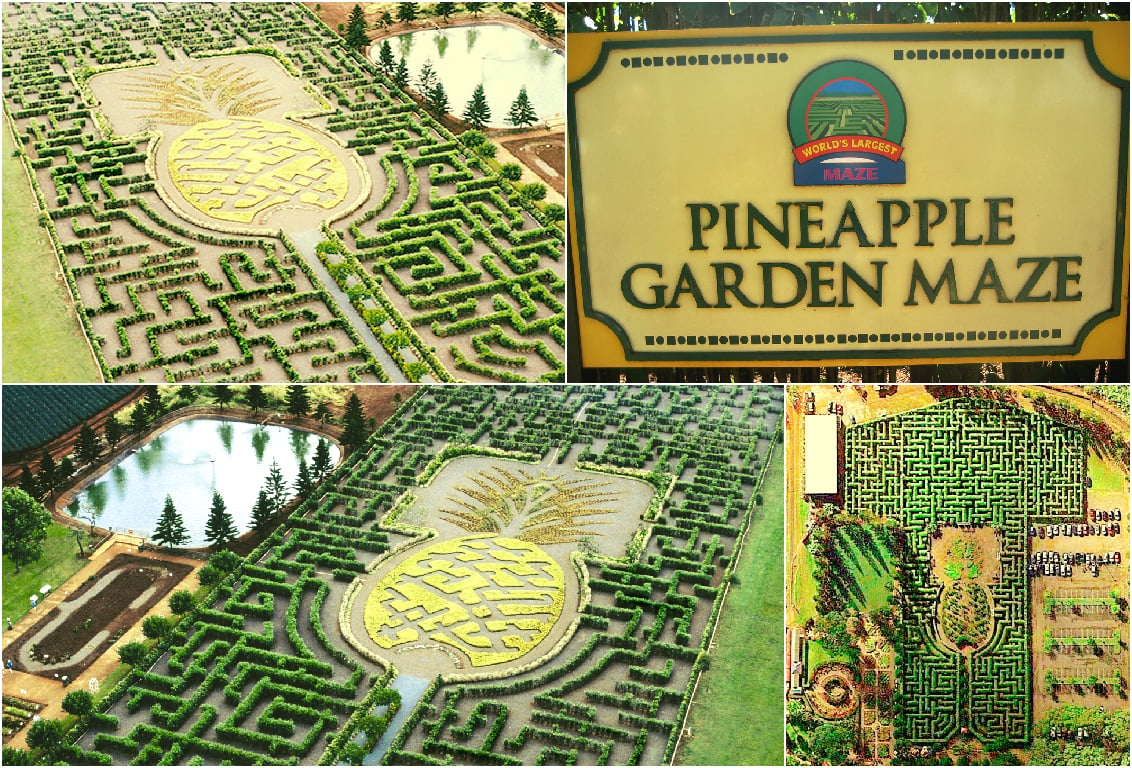 You may also like to read: Exploring Kyoto's Sagano Bamboo Forest

Last updated: 2018-08-14
Section: Articles
Do you like this article? Tell your friends:
Author: Anastasiia Art
Read also
All articles
To top